Simon Chiles is as farmer who farms on the Kent/Surrey border. He has been no-till cropping for I think 15 years and knows more about the John Deere 750a drill than anyone else in the UK, a lot more than John Deere do! It was Simon who was kind enough to show me around his farm about five years ago and educate me how to use the drill successfully, without his help I would have made a lot more mistakes than I have.

Simon decided he would open his farm for the day and show people around and tell us what he is up to. You will see below that Simon is not afraid for try something new and different!

The first field we went to was a seed crop of Winter Triticale that was drilled this spring. Triticale is a crop I am interested in growing. It needs half the Nitrogen that wheat does and rarely needs a fungicide but yields the same. The problem is the market is difficult to find. That will have to change.Half this field had also had been treated with Mychorriza fungi from Plantworks to see if there is any benefit.

The second field was a seed crop of vetch which is growing with mustard. The idea of the mustard is to act as a climbing frame for the vetches so they are off the ground at harvest. 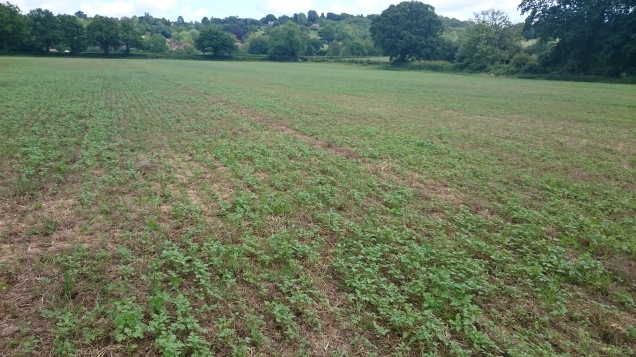 The field next door is a field of Soya. It had a high weed population but there are plenty of chemicals to take out the weeds. There is a population of 60 seed per meter square which is ideal. The idea is for the UK to grow some home grown soya to replace imported products:

Then we were driven to a seed crop of Phacelia which is being grown for T Denne and Son. The crop had been hit by a late frost but hopefully with some June sunshine will pick up 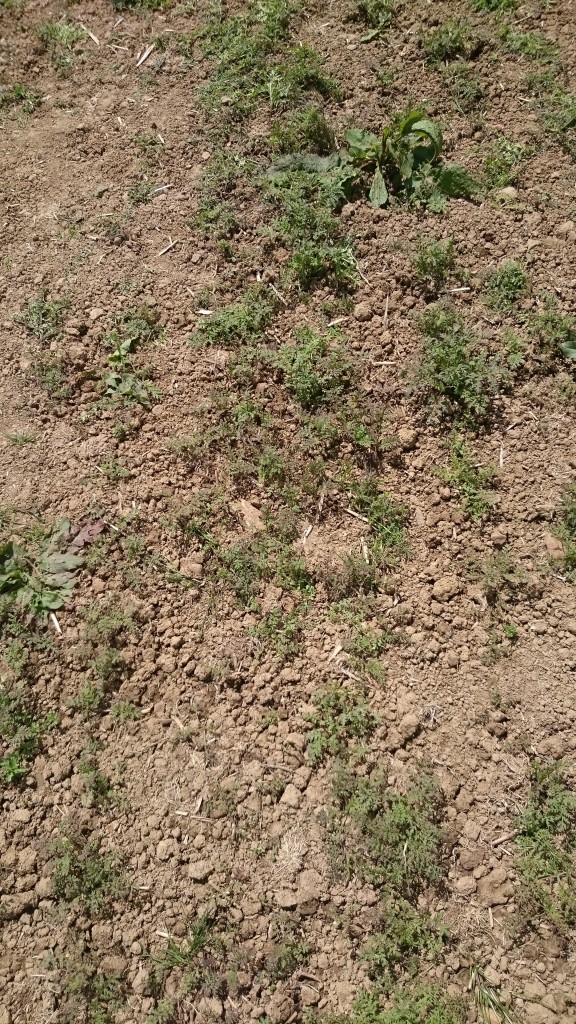 Then we were driven to a field of where Simon was growing a four way mix of different group 4 wheat. The idea is to improve disease resistance and quality by mixing varieties and get genetic diversity: 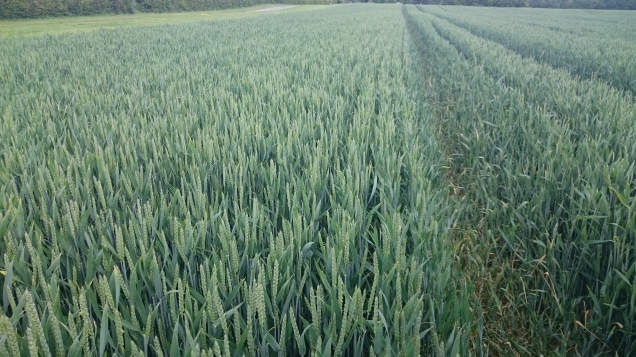 The last crop we saw was a field of seed Lupins. These looked very well and I am tempted to grow some myself. A bit research needed first:

As you can see Simon does not do things conventionally and my hat goes off to him for trying all these different ideas. I am always keen to try something different but Simon seems to take it to another level. It was a great day and as ever good to chat to other like minded farmers, I think about 120.

After Simons, myself and Josef Appell a Swedish No Till farmer went back to my farm via Andy Barr’s machinery shed to have a look around my farm. The biggest surprise for me was when we dug a hole in my OSR field that was companion cropped we found all this soil life

I had a great evening chatting to Josef about farming and look forward to visiting Sweden next year.

My next post will be in just over a weeks time when I leave for North America for a month. A lot to blog about hopefully!