ZZ2 tomatoes was a company I had heard about and really wanted to visit because they are vast in size but they have managed to reduce their pesticide usage by 50% using biological farming methods. My contact in ZZ2 was Piet Prinsloo: 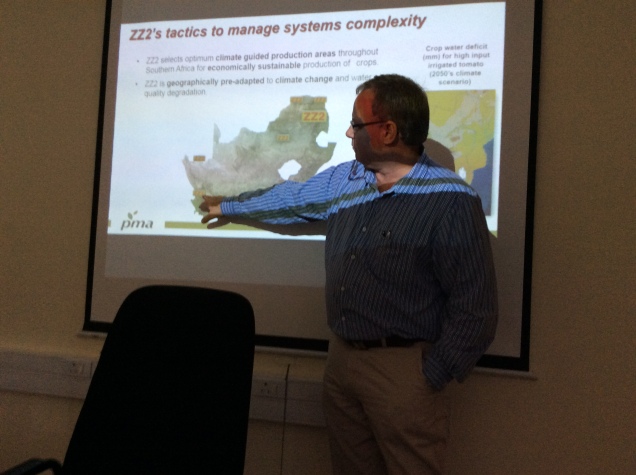 Piet is an interesting guy. He has no background in agriculture but had property companies. After meeting was of the owners of ZZ2 he was offered a job and is now a project manager for them. He was asked by the owners to look into organic farming methods and try to improve the way the company farms. ZZ2 is a massive business (www.zz2.biz) below is a few figures:

For the first part of our meeting Piet talked about the business and its philosophy.Out of the project to improve farming methods came their NatuurBoerdery (Natural Farming) brand. The improvement in farming methods has lead to improvement in taste and shelf life. Even though they don’t sell NatuurBoerdery as a premium brand they get a 10-12% premium over competitors due better quality from their customers.

Below is a bad picture of their dates in the desert

Also of their farming on top of mountains (again poor quality photo!)

After chatting we went to see how they had managed to reduce their pesticide inputs so much. They use Effective Microbes, compost teas and compost. 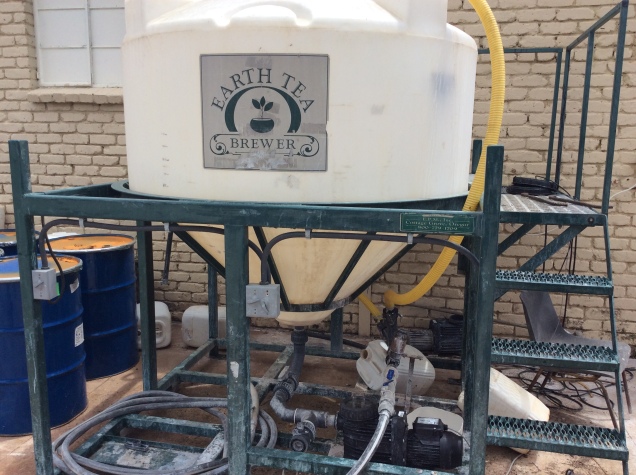 Above was one of their big mistakes. It is one of four tea Brewers they imported into RSA at a cost of about £10,000 each but they don’t work. So they made their own 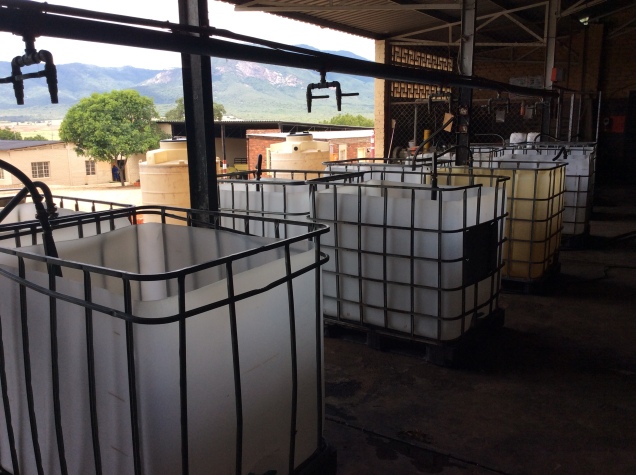 They make 3-5 million litres of tea per year. The teas reduce foliar and soil diseases. They also brew their own EM

EM is a mix of molasses, brown sugar and EM bugs which is then brewed for 14 days. Then with some of the EM brews they add different extracts for different purposes including chipped weeds. One brew they use for nematode control in the soil. The EM costs them £30 per ha but if they used the chemical method with methyl bromide it would cost £120 and kill everything else in your soil. They also have their own lab where they check the quality of their brews, compost and soils

They also have a large composting site 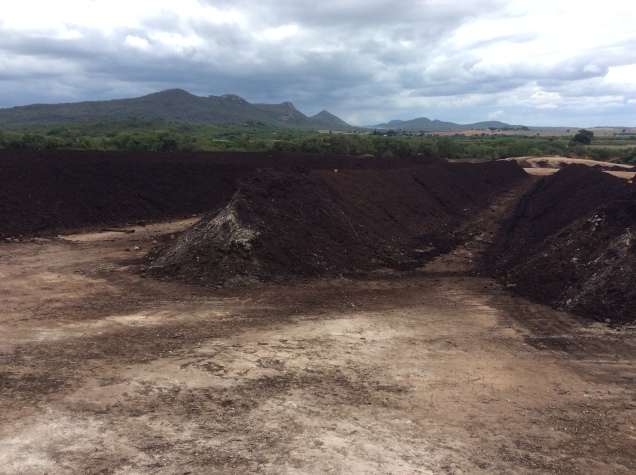 The compost is made from wood chip, chicken manure and cow manure and is bought into the farm. They then make their compost themselves and have a bespoke machine that waters and turns the compost 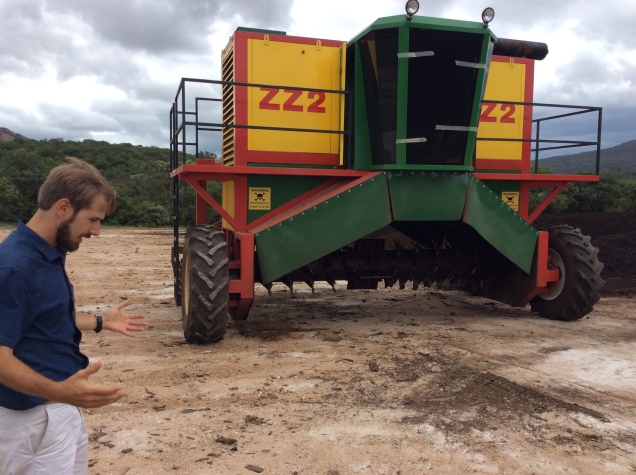 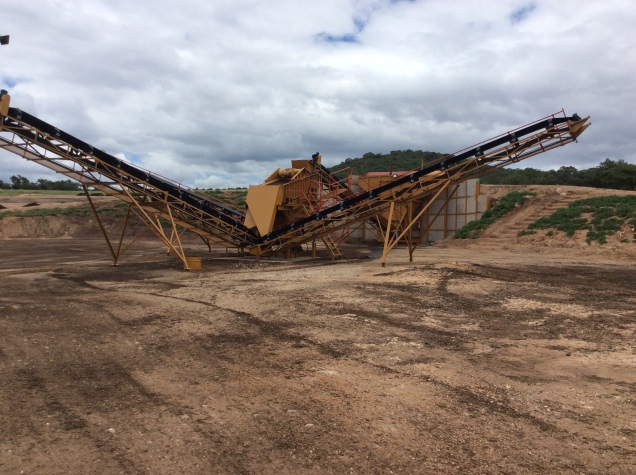 It was great to visit a large company that has managed to employ biological methods on a large scale and meet a man like Piet who is very determined to make it work. Thanks everyone for you time.