Today I met with Erik Steen Jensen and Georg Carlsson at the Swedish University for Agricultural Science.

Erik had been recommended to me by Josef. He has had experience with intercropping  since the 1980’s and so was someone key for me to meet. There are various trials going on at the moment and the first ones we looked at were in the LEGATO project which is looking at legumes.

Here they had mixes of different varieties of peas and beans in different proportions with different cereals. There were many combinations so I will only show a few. They are looking total yield, standing ability, shading and competition with weeds. 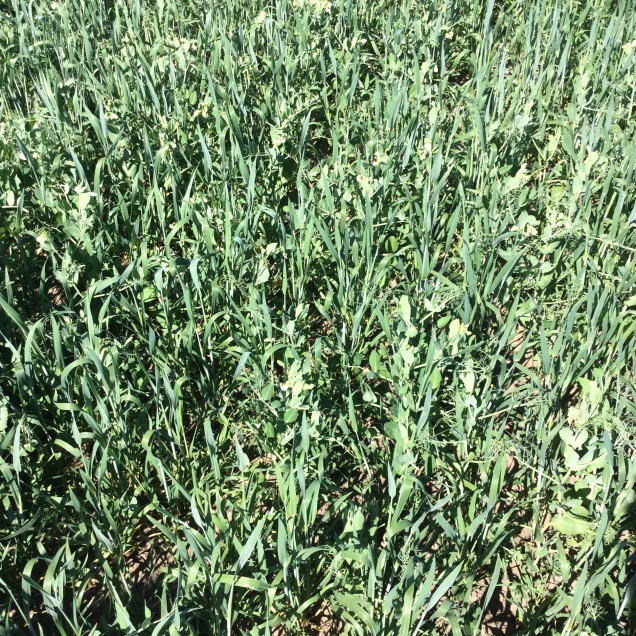 Above is wheat with both leafed and semi leafless peas at 50:25:25 seed rates

Above there was a problem with fat hen. Interestingly there was less weeds in the wheat bean intercrop compared to the bean sole crop.

They are also looking at mixing in perennial legumes too 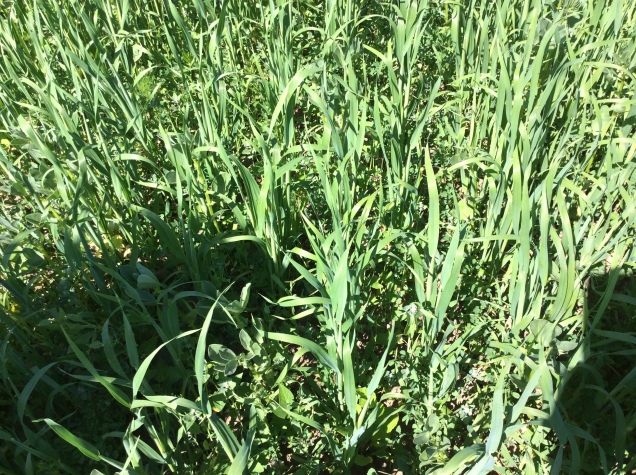 Above is wheat, bean and Lucerne. They get better establishment of the Lucerne when in a mix and Lucerne competes with the weeds and fixes N. 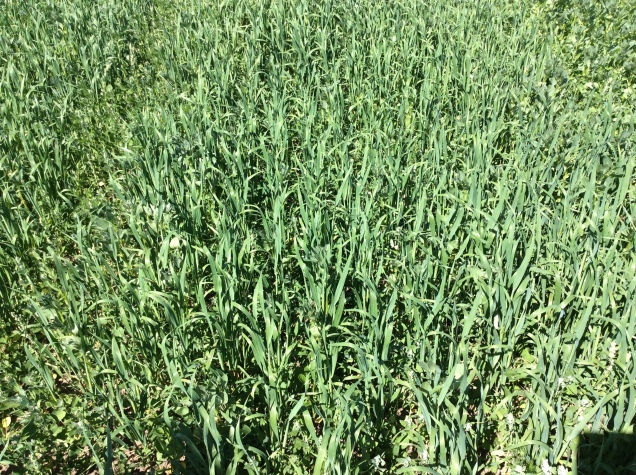 Above is bean/ oats and red clover. Red clover is less competitive than Lucerne apparently. Today we also had a new intern touring around with us. She is from France and is here to work in the trials with Erik and Georg and also learn English, a big day for her too!

The next project we looked at is a new long term project called SAFE. It is looking at four different cropping systems and measuring various parameters. The first system is the normal conventional system from the area which is Winter wheat, sugar beet, WOSR and Spring barley. The second system is an organic system growing eight crops. The third system is with Kernza (perennial wheat) and the fourth system is Agroforestry with the normal organic rotation.

The wheat is not commercialised yet and only yielded 0.8t/ha of wheat last year. They are wanting to trial it so they can understand the effect it has on soils, ecosystems and the environment. They are also wanting to intercrop with it: 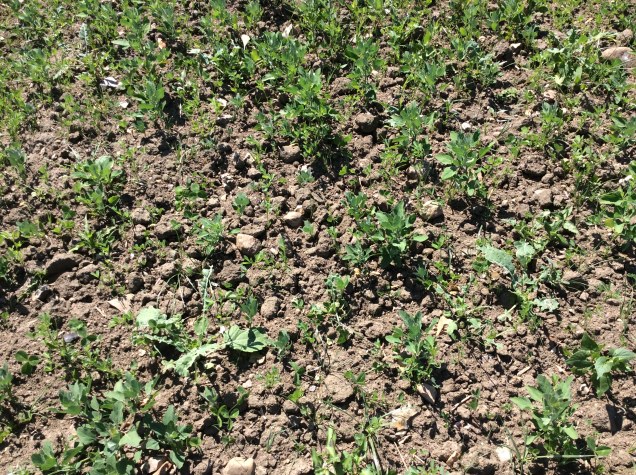 Above is newly planted Kernza with Lucerne

The last project we saw was FIOL (Focus on intercropping on organic legumes) This is part of the same project I saw in Joel’s field and is led in conjunction with local organic farmers who give suggestions and also trial themselves. Again there were many different combinations. Below are a few: 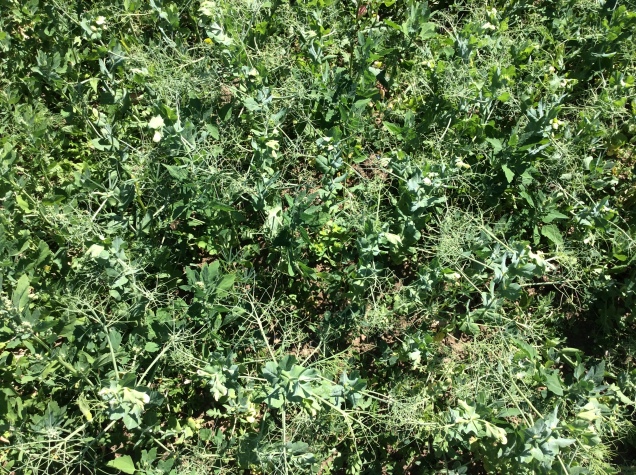 Above is peas and lupins. This was a suggestion by a farmer as it would be a good animal feed and reduce risks at harvest. The lupins are determinate and so harvest earlier than the indeterminate normal lupins.

Above is oat and lupin. Lupins are strong competitors for soil N and water and so may not be a great intercrop with cereals.

I had a fabulous day and saw and learnt a huge amount. They really are doing some great work here at SLU.