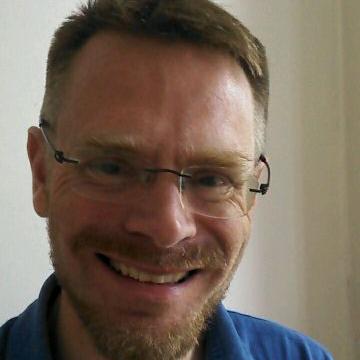 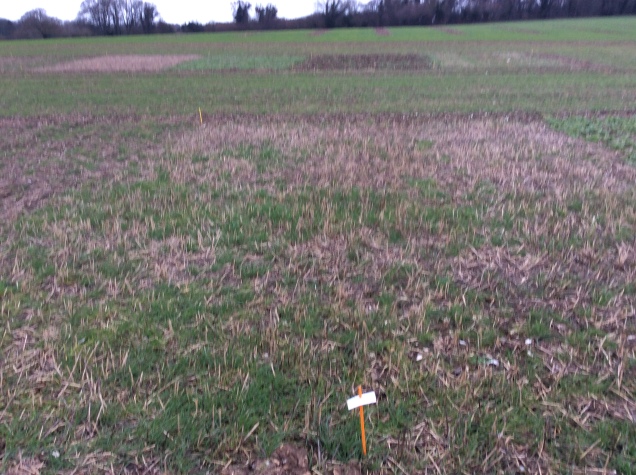 Luckily Dr Lundgren worked in the same building as Dr Anderson so I did not have to go far for my afternoon appointment. Dr Lundgren is an entomologist and I wanted to get an insight into how companion cropping could overcome our insect problems. We spent the first hour speaking about Bruchid beetles in beans and cereal aphids in wheat and got some really good ideas on how to combat these pests. We then had a look around their laboratory. Below is an experiment on counting the numbers of insects in different soil cores.

The idea is the lights slowly dry out and drive out the insects in the soil and they are then caught in beakers below and are then are counted and identified. They are also looking at the effects on soil health when insects are removed from soil.

They were also looking into the insect diversity in dung. Below is the diversity of insects in dung, each is a bottle of a different species 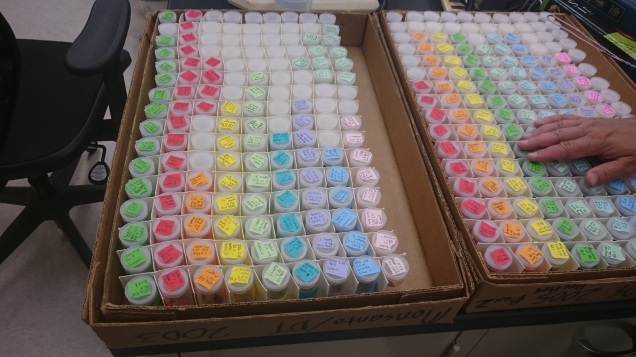 They are looking at diversity and the effects of wormers and antibiotics on the dung community.

Out in the field Jonathan has an experiment on different oilseed crops as buffer strips for beneficial insects for soya bean aphid. They are growing Canola, Borage and Cuphea. These are three oilseed crops which flower at different times. The idea is to test the aphid control on the untreated soya beans and also sell the produce of the pollinator buffers. The only way they are going to get farmers to plant these buffers is if they can make some money on them so they plan to harvest the buffers. 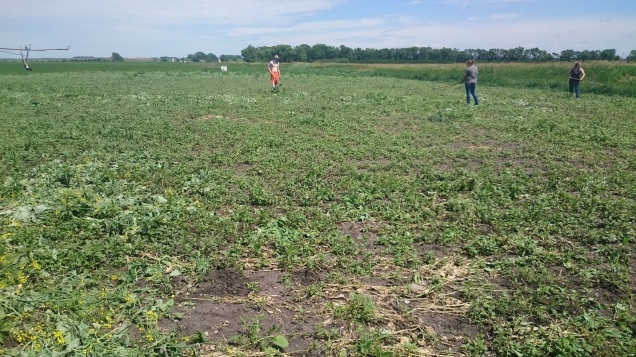 Jonathon is also growing Phacelia, clover and borage for seed on the ground of a friend of his next door

His friend is Brett L. Adee who came over for dinner in the evening and his company is the biggest honey producer in the world 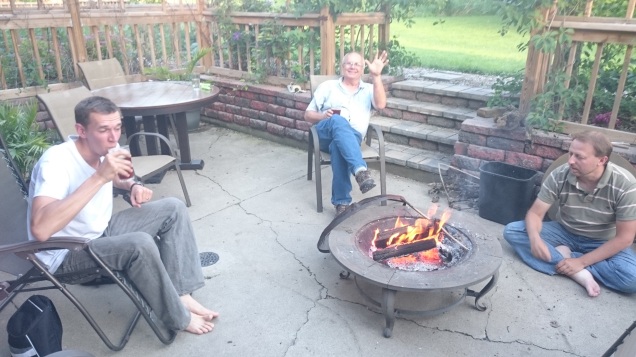 Mikey on the left works for Jonathan, middle is Brett and on the right is Jonathan. Not only are they growing these crops for seed but also Brett is going place hives around the field and produce honey. They have found that hives around soya bean fields increase yields by 40%.

Jonathan is doing a lot of interesting work and has courted a large amount of controversy for some of his findings on neonics. Hopefully he us going to carry on doing his pioneering work because as farmers we need independent scientists like Jonathan to paddle against the tide and think for themselves. Keep doing the good work Jonathon. We as farmers need people like you to give us the true facts.