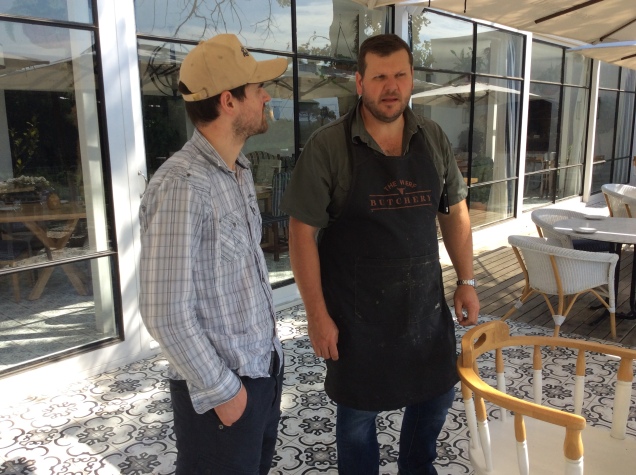 He works for the Boschendal Estate which is the oldest farm in South Africa and is known mainly for its wine. Mark was bought in as a consultant but has never left. We meet him at the beautiful restaurant, coffee shop and butchery which has just been done up 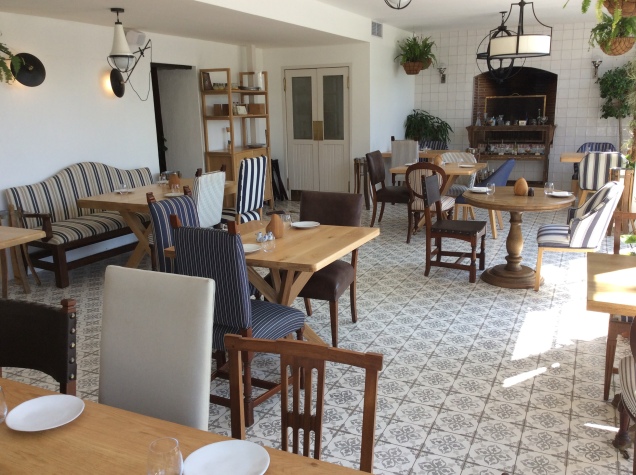 There are ten gardeners that work this garden

Mark’s speciality is cattle and also adding value to produce. His is very keen on producing biological, low input, high quality produce. On the farm they have about 700 head of cattle

The cows are mainly Angus and he is covering them with a Limousin and a Brahman bull. These cows are fed on similar pastures to Angus but these were only planted a year ago 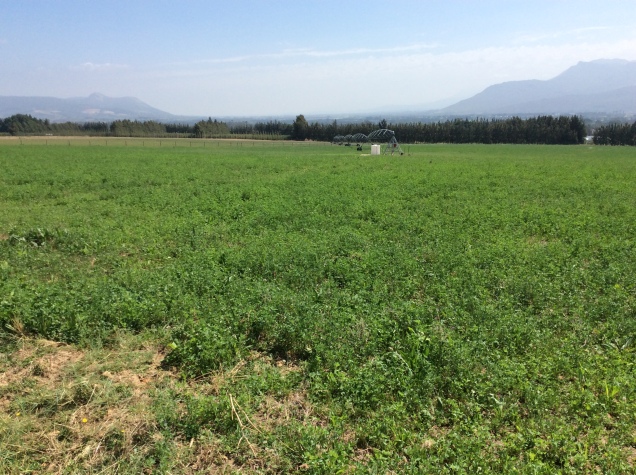 Mark has a pivot irrigator and so has good growth on his pastures. When finishing the animals they get fed a mixture of bokashi and EM microbes 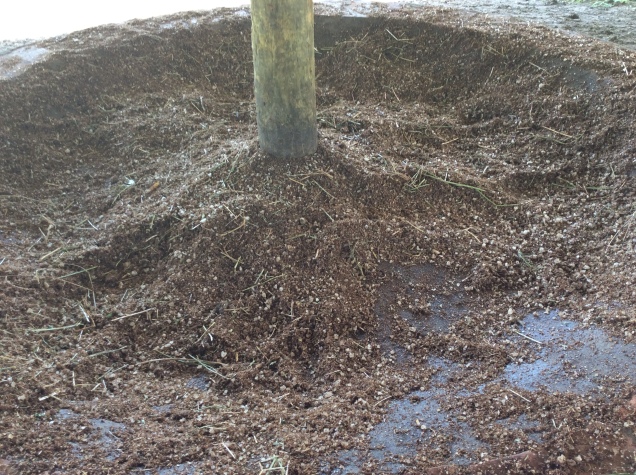 The EM helps digestion and improves their appetite. The cattle certainly have a beautiful backdrop to fatten to 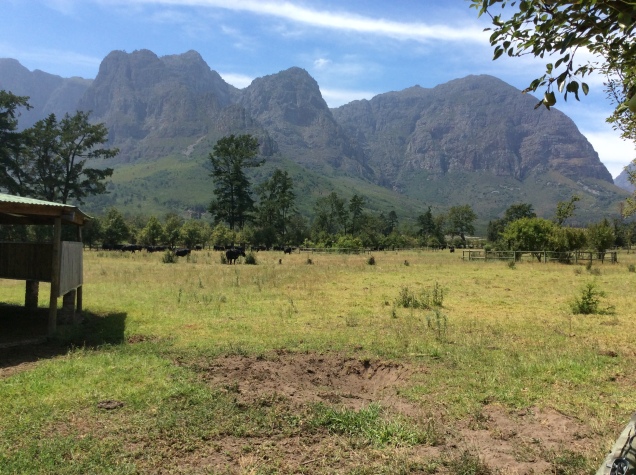 Luckily they have plenty of water in reservoirs

They are currently planting organic lemons and almonds (I think!)

They plant Lucerne between the rows which they bale for fodder for the animals. They like Angus have their own butchery and also have my favourite biltong

They seem to have lots of new projects on the go like building an abattoir and putting game back onto the hill. All of these projects are designed to make the estate financially and environmentally sustainable. Our afternoon with Mark was thought provoking. He is very keen on adding value and being a price maker not a a price taker. He really got me thinking. Thanks Mark for spending some of your time with us.