Tyler is a young guy who is really trying to change the way he farms and improve the soils for the future. 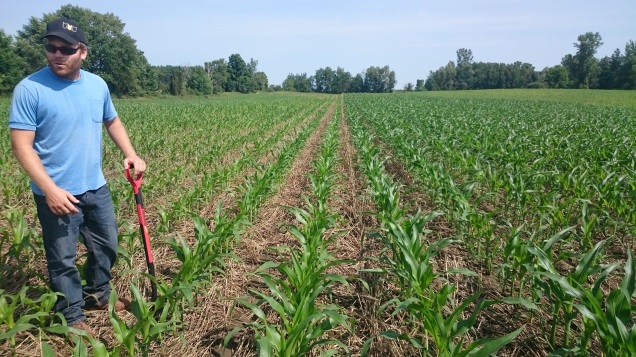 The soils on Tyler’s farm have been ploughed for 150 years and the organic matter has dropped from 6% to 2%. Two years ago Tyler changed to strip till to start to change his light sandy soils. They grow corn, wheat and Romano beans on their farm. These edible beans are very specialised and take specialist equipment. 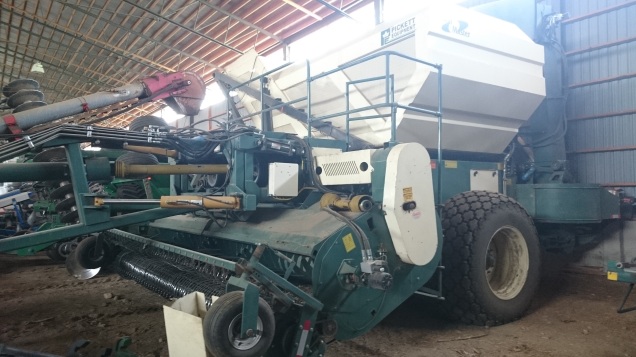 Above is the harvester which has a sieve and twin rotors and is very gentle on the beans. This is used after the beans are cut of and put in a swath. It used to be a three pass harvest but now with new equipment they hope to cut and row up in one go. They also do a lot of the harvesting at night. 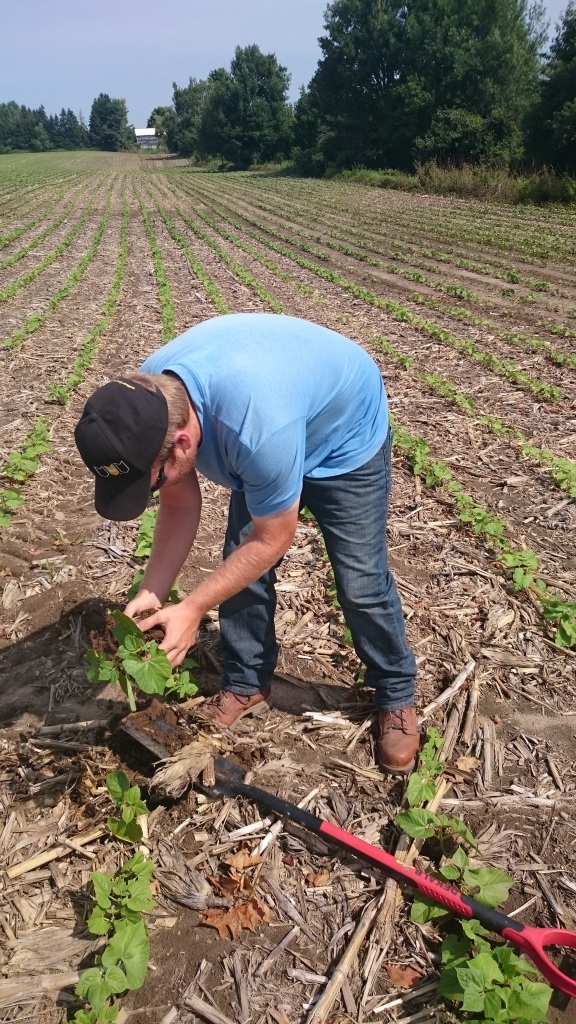 The beans are grown in 30 inch rows and like the sandy soil but are very susceptible to disease especially stem disease and is one reason others don’t grow them. Tyler is the first person to strip till these beans. The rest of his neighbours plough for them and for everything else by the looks of it! After half an inch of rain the day before the Thames river had turned brown, truly a disgrace and unnecessary. He has also added a mychorizzal inoculant to the beans and you could see a difference in the roots systems with and without. 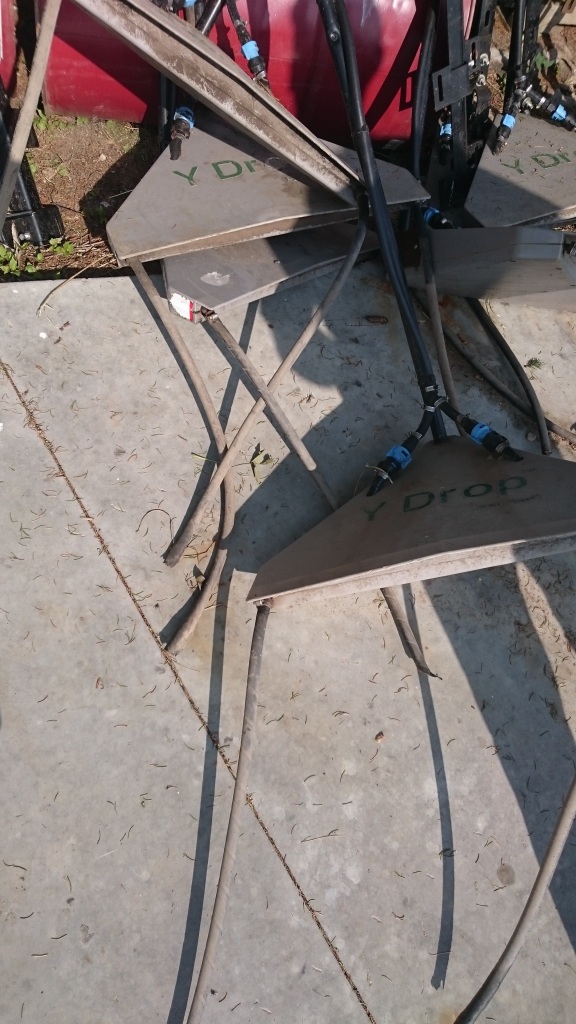 The he idea us that the liquid N is placed directly at the base of the corn rows so no leaf scorch. I wonder whether a similar system could be done in combinables for the guys with wider rows and RTK. It would prevent scorch and be more efficient. 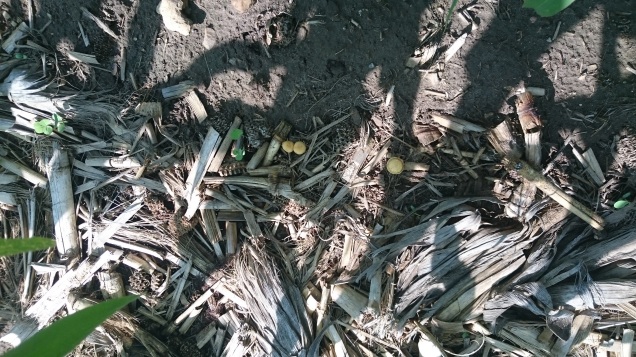 Above you can see that fungi are establishing in his fields a sign of good soil health. Tyler is comparing strip till and no till in his corn. The top photo shows the difference between the two. There is a difference above ground and below ground 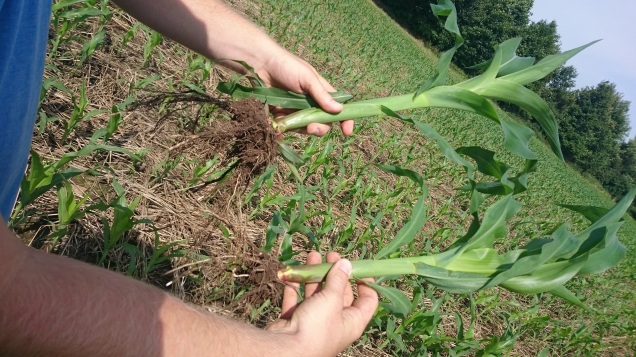 The strip till has bigger roots but has had more fertiliser but down underneath the seed. There is a difference of $90 per acre in cost so he can take a yield hit. I think if he added 2 by 2 fertiliser on his planter he could negate the differences in no till. These corn field were planted into a multispecies cover crop and also he interseeds his corn with 3 different clovers.

Tyler has made a great start to changing his farming system and is an example to his neighbours who’s soil management is terrible. Hopefully they will see what he is doing as beneficial and change also. To see a river turn brown and soils ponding after just half an inch of rain is terrible and I think farmers should be prosecuted. Industry aren’t allowed to pollute rivers why should farmers get away with it?

Thanks for your time Tyler and for lunch. Keep going, you are doing good work. 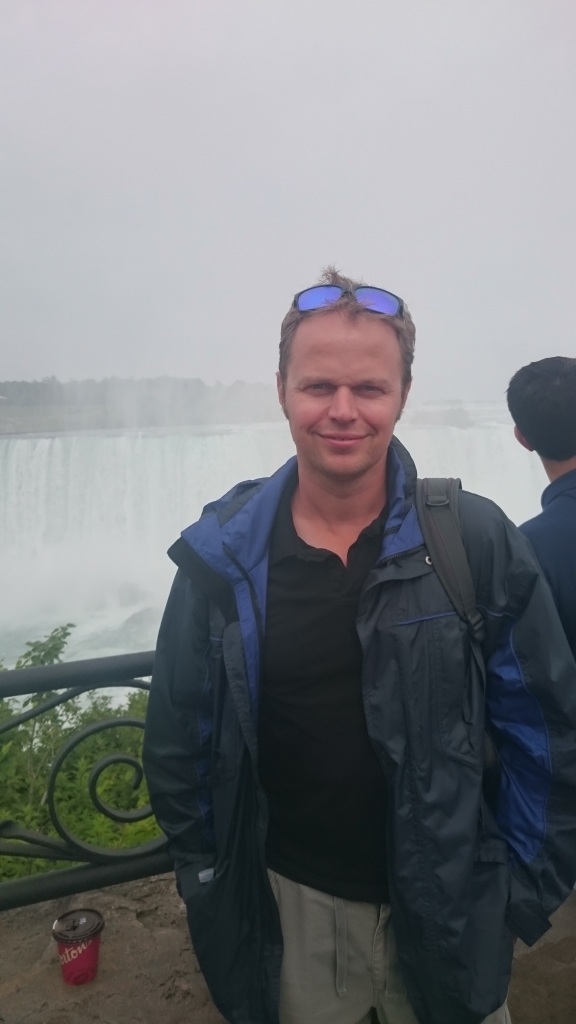 You would have thought Canada would have protected this natural wonder and it been surrounded by a green natural park. 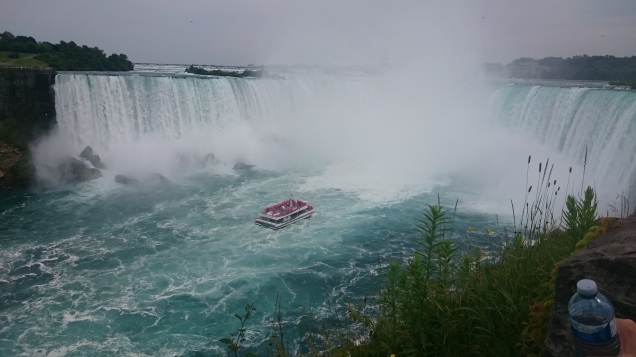 No they have plonked a mini Vegas next to the falls and have bled the area dry in terms of tourism. It really was disappointing to see. I have now ticked it off the list now and unlikely to return!