This afternoon after spending the morning at the ICIPE research station in Mbita Point we travelled with some of Dr Khan’s team to Rongo to see a couple of farms that were practising Push-pull. The first farm we went to was to see farmer John 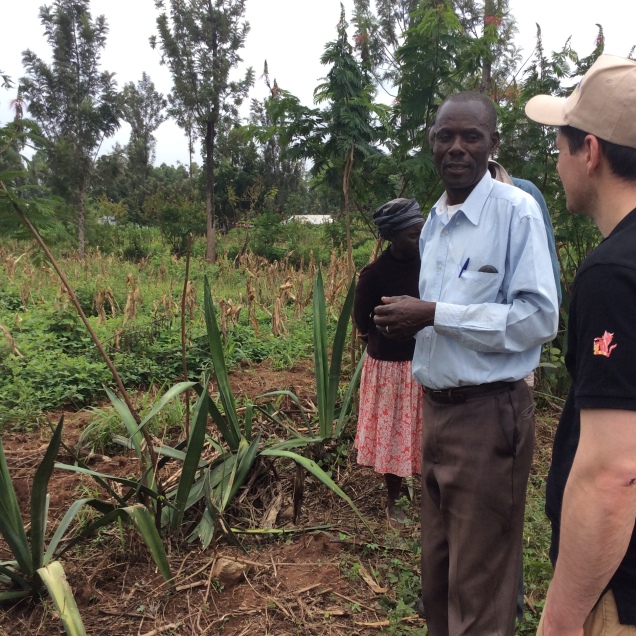 John has been practising Push-pull for eight year. There are 600 farmers in the area doing so. John is now a farmer trainer and has many visitors to his farm. He had already had 120 visitors before we got there on Wednesday. John grows sorghum, maize and rice and has cows and goats 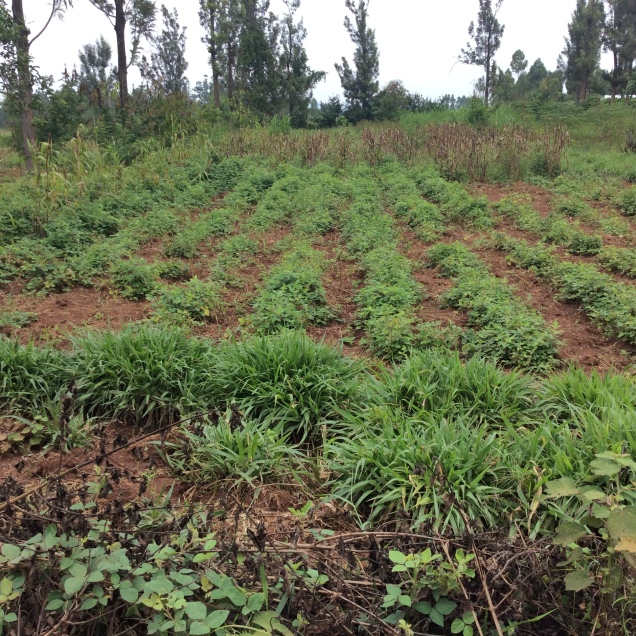 This field in the background has sorghum growing in it.

This field he has harvested the maize. He also harvests the top half of the stover which he grinds for livestock. The first field that he tried Push-pull in before he started he could not grow anything in it due to Striga. In the 2nd year of push-pull he had doubled his yield. Push-pull has allowed him to reduce the area needed to grow crops on which means less labour to get same amount of grain. The push-pull also means no need for crop rotation.

The trees around the outside of the fields are Caliendra which he cuts every year for firewood, leaves for fodder,sells the seeds, great for bees, they are N fixers 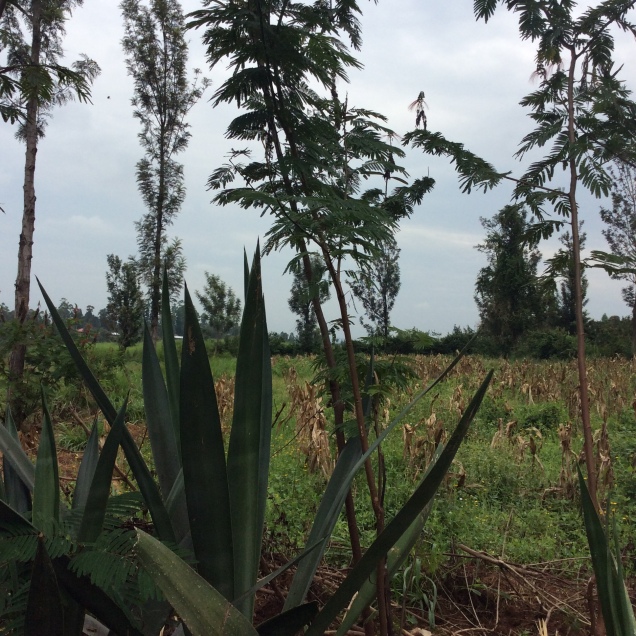 The next field he was multiplying up the Desmodium seed 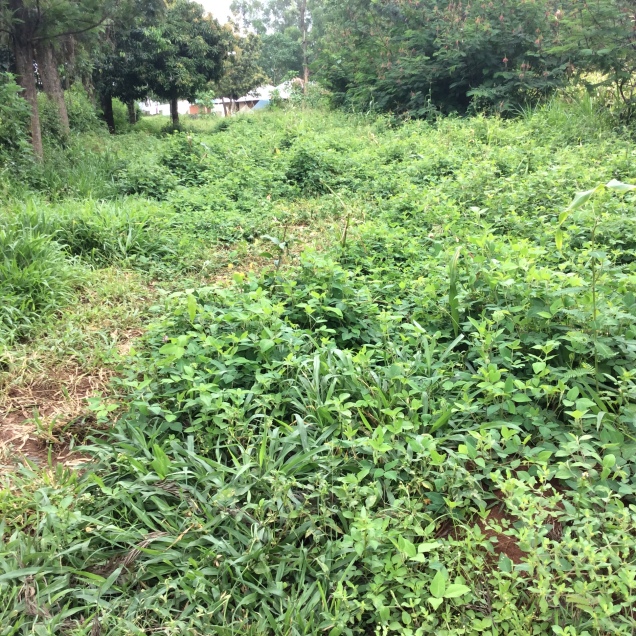 The Push-pull has meant that he went from 2 to 16 sacks of maize. He sold 8 and bought a cow. The cow produced 12l per day of milk which he sold the surplus to pay for his children’s school fees. John has 15 children all that have gone through school and 5 so far have been through university. 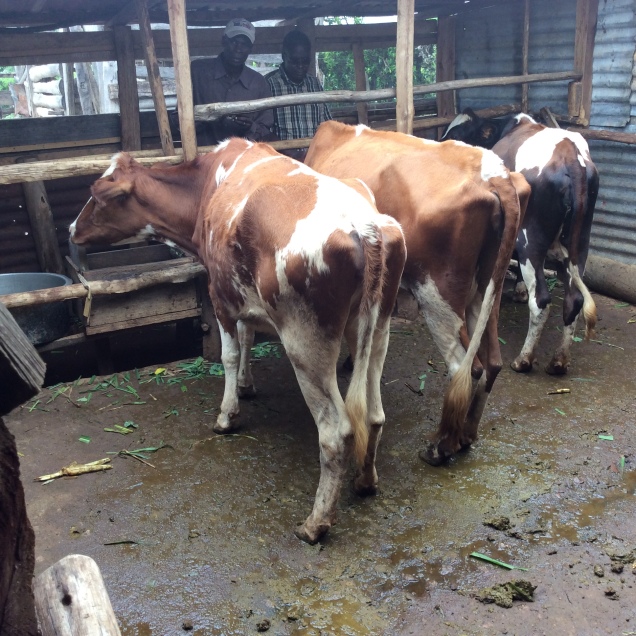 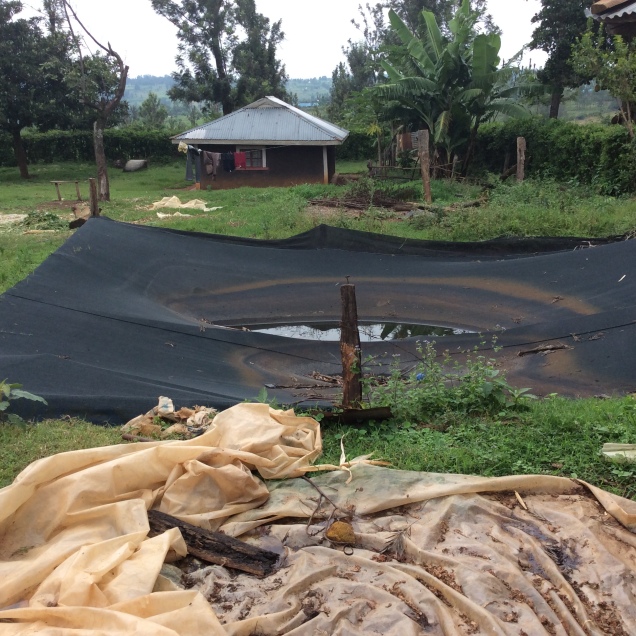 He now is self sufficient in all but meat. This means his wife does not have to walk all the was to Rongo to buy food and firewood. Quite an incredible change of life in eight years. 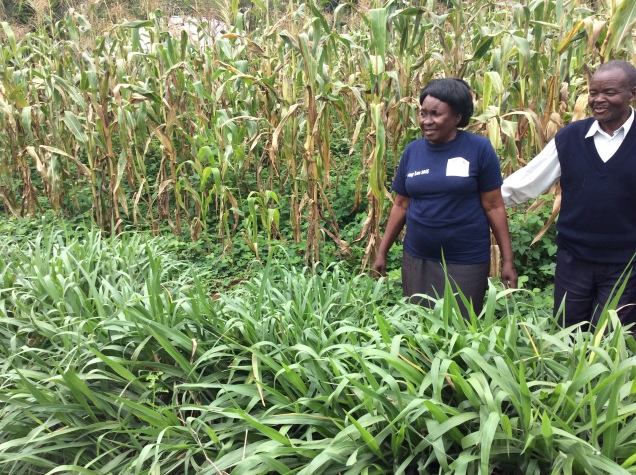 Molly calls Push-pull her donor as it has allows her to feed the orphans and sell surplus for cash. There are 62 orphans and 500 school children. 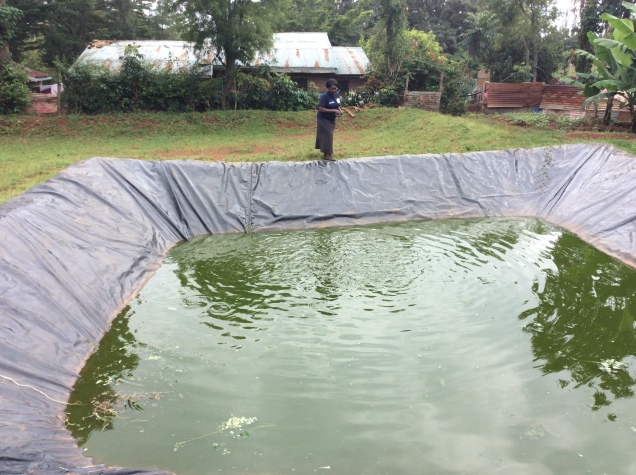 There are one thousand fish in there which they sell for cash. After having a look around the farm Gordon and I were taken around the school to every class to meet the children. There was real excitement to see and touch a white man. We felt a little like celebrities for half an hour 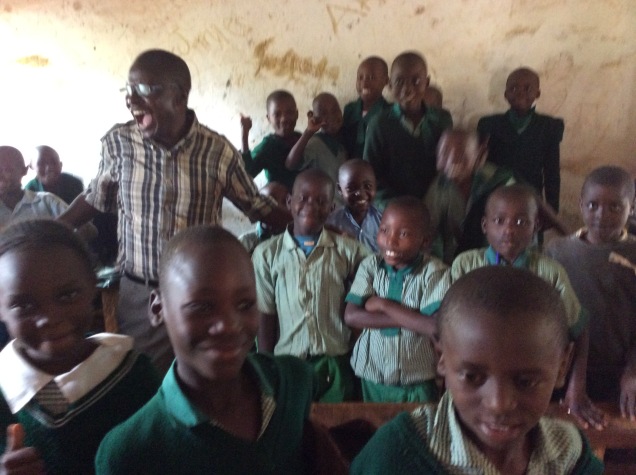 Dickens our ICIPE guide also enjoyed being teacher and MC. Today was a great day and it was amazing to see how something so cheap and basic as intercropping change change farmers and families life. Thanks to all the team at ICIPE.